When I fought for health reform in 2009, I had no idea I was fighting for my life.

My name is Kenya Wheeler. I am a community organizer. I learned about Doctors for America in 2009 when I was organizing people in California to fight for health reform. Little did I know that a year after health reform passed, I would need health care to save my own life.

At 9am on August 6, 2011, I had three grand mal seizures. My girlfriend Ruby kept me safe and called 911. I was whisked by ambulance to a nearby hospital. A battery of tests and scans were conducted and I was told there was an unknown mass in my brain. After two months of more scans and brain surgery to remove the brain lesion, I was given bad news. I had Lymphoma in my brain. 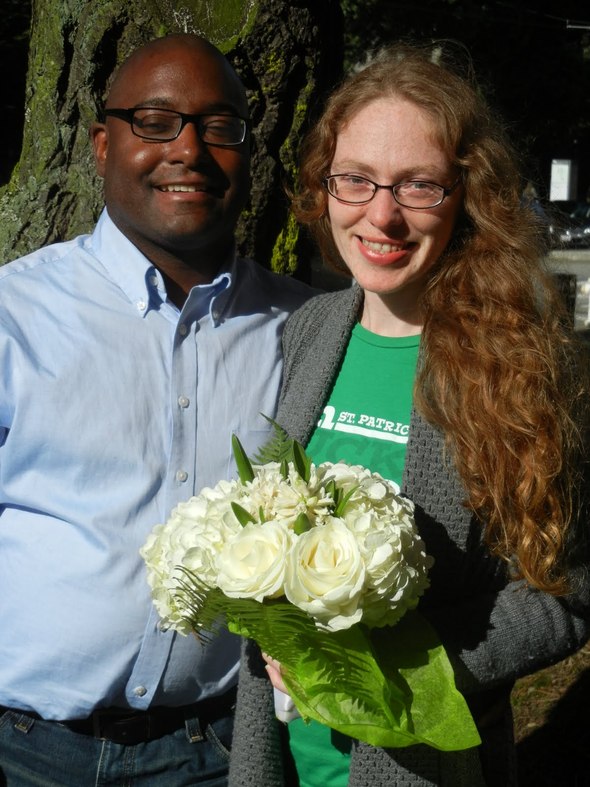 Over the next six months, I was in and out the hospital getting rounds of high dose chemo that made it almost impossible to maintain my previous activities. To make matters worse, my graduate student insurance had a $400,000 lifetime cap - a cap that seemed like a lot of money when I was healthy. But with cancer, my health care bills skyrocketed, and my friends and family organized fundraising events like "Run for Kenya" and "Cocktails for Kenya" so I wouldn't run out of coverage in the middle of my treatment. My medical treatments have cost over $600,000 (mostly covered by insurance) - but they saved my life and I'm now in remission.

I married Ruby in the hospital's "meditation room" when I started my last phase of chemotherapy on March 30th and I was discharged from the hospital on April 20! Today, I am more determined than ever to make sure everyone can have the health care they need - that nobody will be told that they have no options because they don't have insurance or they can't afford $600,000 to save their own life.

This week, I'm flying to Tampa to join the Doctors for America Patients Over Politics Tour alongside doctors and patients from 17 states. I'm joining the tour to advocate for all the people who depend on the Affordable Care Act for their lives and who need more reforms, not less.

We are so close to our goal of 5000 supporters on our Declaration of Support to take on the road.

Thank you for supporting this campaign by signing our Declaration of Support.