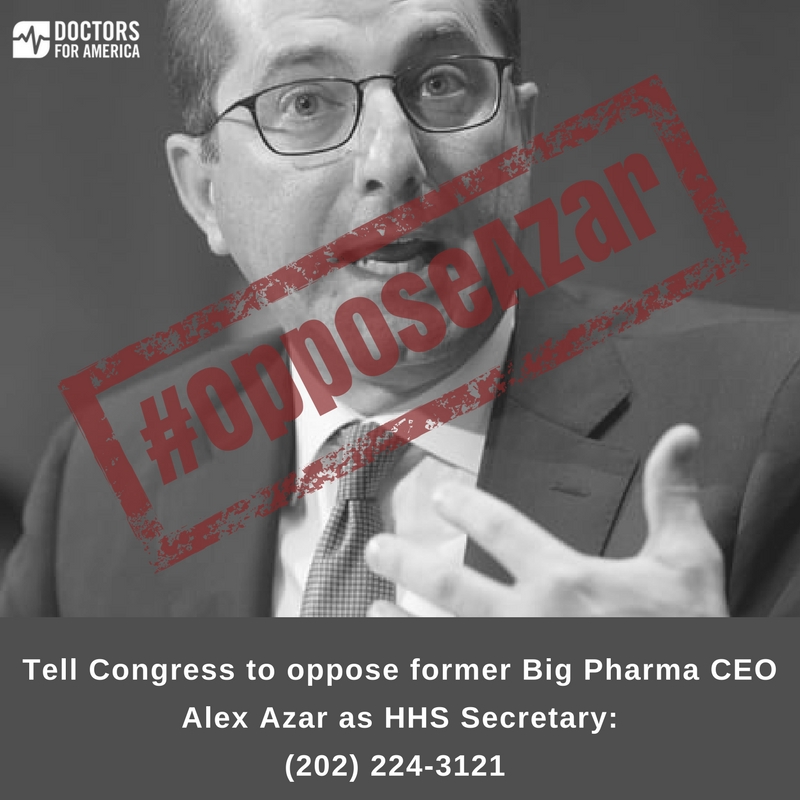 Doctors across the country are deeply concerned about the President’s nomination of Alex Azar, a former pharmaceutical executive, to serve as the Secretary of Health and Human Services. We believe Mr. Azar is the wrong choice to lead HHS given his:

At a time when millions of Americans are benefiting from the lifesaving coverage and protections provided by the ACA and when drug prices are rising out of reach for many of our patients, we need a leader who will safeguard coverage and take on the drug corporations. Like the disgraced Secretary before him, Mr. Azar will not be that leader. We urge the Senate to put patients over politics and oppose this nomination.