Doctors for America held a call to discuss the future of the Affordable Care Act and healthcare post-election. DFA Board Chair Mona Mangat was joined by Vice Chair Scott Poppen and Senior Advisor and health policy expert Harold Pollack.

As doctors and medical students and advocates, it can feel like there's never enough time to do all the things we want to do. Especially in times like these, it's incredibly important for us to take care of ourselves so we can take care of others.

As part of our continued focus on wellness, which began at our most recent conference, Doctors for America held a conversation on sleep with sleep expert, and the author of The Sleep Revolution, Arianna Huffington.

Arianna Huffington
Arianna is the co-founder, president, and editor-in-chief of the Huffington Post Media Group, and author of The Sleep Revolution.

Mona Mangat, MD
Mona is an allergist-immunologist and the Chair of Doctors for America

Sonia Vishin Compton, MD
Sonia is a practicing pulmonologist in Louisville Kentucky and is Board Certified in Pulmonary & Critical Care medicine.

When was the last time you met with your members of Congress or their staff? If you're like most doctors and medical students, the answer is probably never. In fact, you may not have known that anyone can set up a meeting - and they do!

It turns out that meetings are how members of Congress learn what's on the minds of the people they represent. It's how we help shape their thinking on the issues that matter to us - whether we typically agree or disagree with their positions. In fact, Doctors for America members have changed their members of Congress's minds and even their votes on key issues by meeting with them and building a relationship with them.

Take a few minutes to watch this training to learn the most effective tactics to use in meetings with your elected officials. Then review this handout on how to conduct a meeting.

Doctors for America hosted a webtalk with leading experts discussing one of the top issues identified by DFA members and the general public – high drug prices.

Aaron Kesselheim is a physician, lawyer, and a leading health-policy researcher at Harvard Medical School. His work focuses on intellectual property, policies on prescription drugs, regulatory approval, costs, availability, and use.

Rena M. Conti, PhD is an expert on the financing, regulation and organization of medical care, with an emphasis on biopharmaceutical markets and oncology practice. She is an Assistant Professor of Health Policy in the Department of Pediatrics, section of hematology/oncology, and the Department of Health Studies at the University of Chicago School of Medicine. 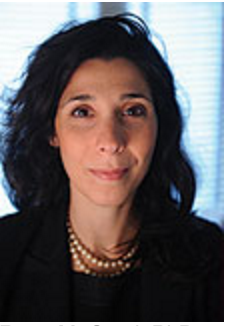 Bruce Rector is a physician, lecturer on pharmaceutical policy and consultant to life science companies. He is a Co-leader of the DFA DrugPricing & Value campaign. 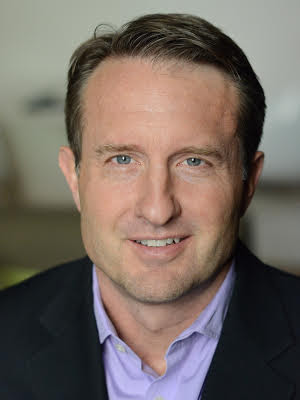 Justin Lowenthal an MD/PhD student at Johns Hopkins, a biomedical engineer, and a bioethicist with expertise in ethical issues at the intersection of emerging therapeutic technologies and health care systems. 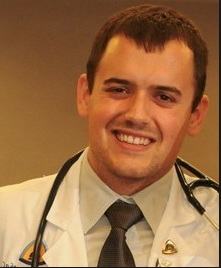 DFA Senior Advisor and University of Chicago professor Harold Pollack talks with with Daniel Webster, one of the nation's leading gun violence researchers. They discussed that the CDC has been unable to conduct substantive research on gun violence due to an effective ban put in place by Congress and a lack of dedicated funding.

A full audio recording of the call is available here.

DFA Senior Advisor and University of Chicago professor Harold Pollack talks with two of the Nation's leading experts on health reform: Professor Timothy Jost, and Henry Aaron of the Brookings Institution. They discussed the implications of the King v. Burwell victory and the future challenges and strategies for improving the Nation’s health care.

A full audio recording of the call is available here.

Timothy Jost
Timothy Jost holds the Robert L. Willett Family Professorship of Law at the Washington and Lee University School of Law. He is a co-author of a casebook,Health Law, used widely throughout the United States in teaching health law, and of a treatise and hornbook by the same name. He is also the author of HealthCare Coverage Determinations: An International Comparative Study; Disentitlement? The Threats Facing our Public Health Care Programs and a Rights-Based Response; and Readings in Comparative Health Law and Bioethics, the second edition of which appeared this spring. He has also written numerous articles and book chapters on health care regulation and comparative health law and policy, and has lectured on health law topics throughout the world. His most recent book is Health Care at Risk: A Critique of the Consumer-Driven Movement, which was published by Duke University Press in 2007.

Henry J. Aaron
Henry J. Aaron is currently the Bruce and Virginia MacLaury Senior Fellow in the Economic Studies program at the Brookings Institution. From 1990 through 1996 he was the director of the Economic Studies program.  He is a member of the Institute of Medicine, the American Academy of Arts and Sciences, the advisory committee of the Stanford Institute for Economic Policy Research, and the visiting committee of the Harvard Medical School. He is a member of the board of directors of the Center on Budget and Policy Priorities. He was a founding member, vice president, and chair of the board of the National Academy of Social Insurance. He has been vice president and member of the executive committee of the American Economic Association and was president of the Association of Public Policy and Management. He has been a member of the boards of directors of the College Retirement Equity Fund and Georgetown University.

Listen to the podcast

David Hemenway, Ph.D., is Director of the Harvard Injury Control Research Center.  He has won ten teaching awards at Harvard School of Public Health. He has written widely on injury prevention, including articles on firearms, violence, suicide, child abuse, motor vehicle crashes, fires, falls and fractures.  He headed the pilot for the National Violent Death Reporting System, which provides detailed and comparable information on suicide and homicide.

Dr. Hemenway has written numerous books and peer-review articles. His book, Private Guns Public Health(2006) describes the public health approach to reducing firearm violence, and summarized the scientific studies on the firearms and health. While You Were Sleeping: Success Stories in Injury and Violence Prevention (2009) describes more than sixty successes, and over thirty heroes who have made the world safer.

Listen to the podcast

Supreme Court Decision: What It Means and What's Ahead for Health Reform

Henry Aaron is the Bruce and Virginia MacLaury Senior Fellow at the Brookings Institution. He has served as Assistant Secretary for Planning and Evaluation at the Department of Health, Education, and Welfare. He is a member of the Institute of Medicine and the American Academy of Arts and Sciences. He has been vice president and member of the executive committee of the American Economic Association and was president of the Association of Public Policy and Management.

Jonathan Gruber is Professor of Economics at MIT. A member of the Institute of Medicine, he was awarded the American Society of Health Economists Inaugural Medal for the Best Health Economist in the Nation aged 40 and under. Dr. Gruber was a principal architect of the Massachusetts health reform (“Romneycare”) and later the Affordable Care Act.

Timothy S. Jost holds the Robert L. Willett Family Professorship of Law at the Washington and Lee University School of Law. A regular contributor to the Health Affairs blog and an elected member of the Institute of Medicine, he is the author of numerous books and articles regarding legal and implementation issues in health reform.

Mark Peterson is Professor of Public Policy, Political Science, and Law at UCLA. He is a founding team member of the UCLA-based multidisciplinary Blue Sky Health Initiative to transform the U.S. health and health care system, which has helped advise Congress on the inclusion of disease prevention and health promotion strategies in the current health care reform legislation.  Previously, as an American Political Science Association Congressional Fellow, he served as a Legislative Assistant for Health Policy in the Office of U.S. Senator Tom Daschle.  During 2000-2003 he was on the Study Panel on Medicare and Markets organized by the National Academy of Social Insurance.

Jan Schakowsky was elected to represent Illinois’ 9th Congressional District in 1998, after serving for 8 years in the Illinois General Assembly. She is in her 7th term, serving in the House Democratic leadership as a Chief Deputy Whip and as a member of the Steering and Policy Committee. She is member of the Energy and Commerce Committee and the House Permanent Select Committee on Intelligence where she is Ranking Democrat on the Oversight Subcommittee.

For decades, she identified her top priority as winning affordable, quality health care for all Americans. In 2009 and 2010, she played a leadership role in writing and passing the historic Patient Protection and Affordable Care Act that finally established health care as a right and not a privilege in the United States.

LISTEN: FEBRUARY 2012 - DIABETES AND HEALTH REFORM
with Dr. Elbert Huang, MD of the University of Chicago 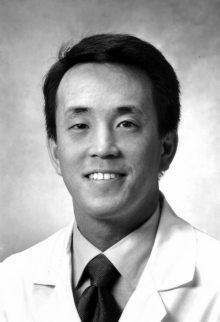 Elbert Huang is associate professor of medicine, research associate of the Center on Demography and Economics of Aging, and associate director of the Chicago Center for Diabetes Translation Research at the University of Chicago. From 2010-11, he served as a senior advisor in the Office of the Assistant Secretary for Planning and Evaluation, Department of Health and Human Services.

Huang is a general internist who studies clinical and health care policy issues at the intersection of diabetes, aging and health economics. His main research focus is in the area of medical decision-making for elderly patients with type 2 diabetes, in which uncertainty exists regarding how to best individualize diabetes treatments based on clinical parameters and patient preferences. Over the past decade, Huang has established one of the most active research programs in geriatric diabetes in the country. Huang is principal investigator with Andrew Karter from Kaiser Permanente of the NIH-sponsored Diabetes and Aging Study.

Apart from his work in geriatric diabetes, Huang also has performed other seminal translational diabetes research in the area of cost-effectiveness analysis. He performed the economic analyses of the Health Resources and Services Administration’s Health Disparities Collaboratives initiative of diabetes quality improvement in community health centers that serve the indigent. With this one study, he performed one of the first business case analyses from the perspective of the community health center, as well as one of the first societal cost-effectiveness analyses of a quality improvement initiative.